Written by StitcherAds
Updated over a week ago

We now have the ability to add new ads to existing ad sets. This allows for ongoing ad testing and making changes to ad creative without having to launch a new campaign.

You can create new ads in bulk by selecting multiple ad sets within a single campaign. This will add the same new ad variation to all ad sets selected. 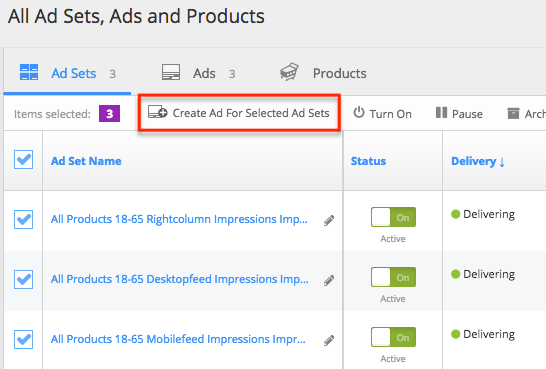 You can also create a new ad individually within an ad set by clicking into the ad set and adding from here.

Refer to the chart below to see which ad formats can be added into each campaign objective:

Did this answer your question?